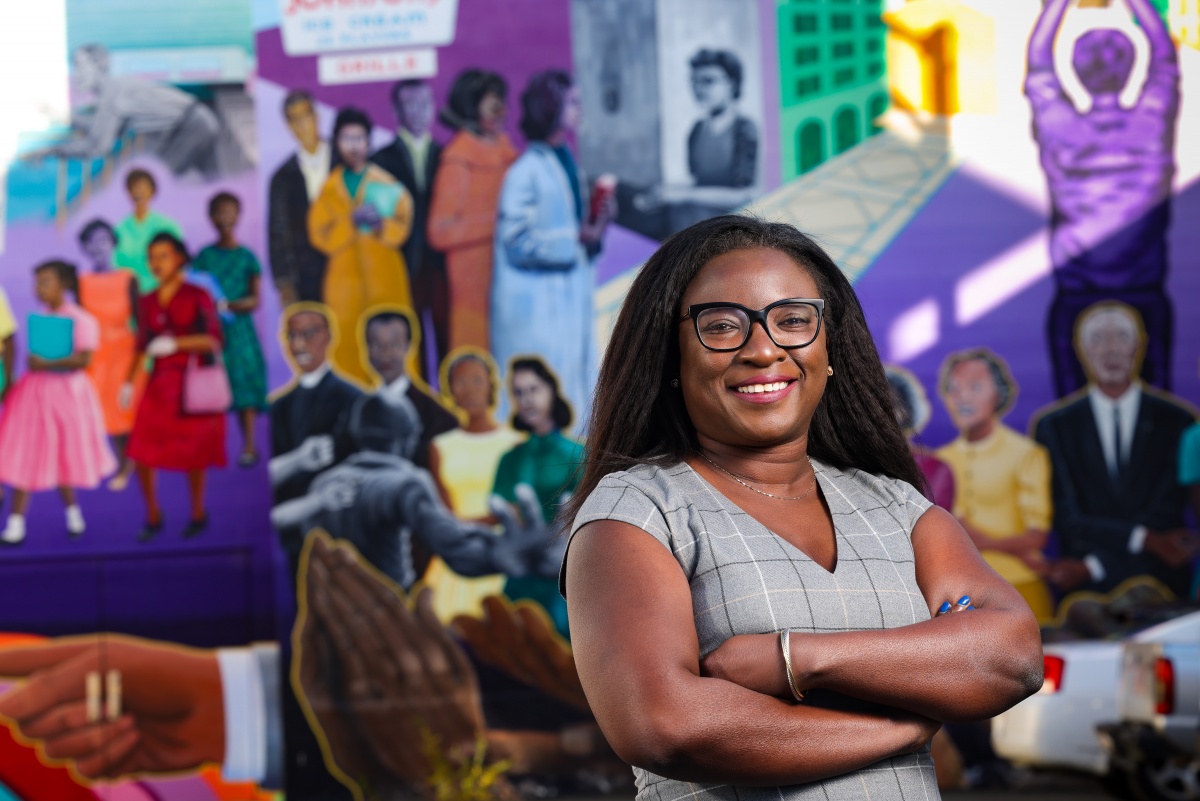 When Tomi Akinyemiju, PhD, came from Nigeria to the United States for college and applied for a part-time job, she found it odd that the application asked her to check a box to indicate her race. In Nigeria, where she had lived since she was 3 years old, she had never had to think about her race. “Why does it matter what race I am?” she thought.

As it turns out, it matters a lot. “The more time I spent in the United States, the more I understood that there are complex historical, structural and systemic factors that shape everyday interactions,” she said. “The moment you step outside your door, one of the first things people notice is your race. And with that comes a series of unspoken and complex social cues to negotiate and navigate any preconceived assumption and implicit association, and to get to present your true self.”

Race, and how people are treated differently because of it, leads to major differences in health outcomes for cancer and other diseases.

The stress of systemic racism

Dr. Akinyemiju, associate professor and vice chair for diversity, equity and inclusion in the Department of Population Health Sciences with a secondary appointment as instructor in Ob/Gyn, and associate research professor in the Duke Global Health Institute, points out that disparities like these have multiple causes. She and a team that includes a biostatistician and a medical geneticist rigorously measure those aspects: biological factors like genetic predisposition, as well as what are called “social determinants of health.” That broad term refers to factors such as socioeconomic status, education, access to health care and systemic racism.

The biological and social factors intersect in an idea called allostatic load. Basically, allostatic load is biological wear and tear caused by a state of chronic stress, Dr. Akinyemiju said. The idea was developed in 1993 by a researcher at Rockefeller University, Bruce McEwen, PhD. “Before that, it was clear that the social context in which people lived affected people’s health. But the concept of allostatic load allowed us to measure how that happens,” Dr. Akinyemiju said. “That is when it began to crystallize that the social environment can lead to psychological changes that measurably change biology. How does the social environment get under the skin?”

Allostatic load is calculated by looking at markers of strain on several of the body’s organs and systems, including the heart, the immune system and the neuroendocrine system. High allostatic load indicates that the body is in a state of over-reaction or hyper-reactivity.

In general, allostatic load increases as people age. But when Dr. Akinyemiju’s team analyzed data from a Centers for Disease Control survey that tracked more than 50,000 people over 30 years, they saw that higher allostatic load scores began at younger ages for African American and Hispanic/Latinx participants, and the scores stayed higher over time, compared to white people. This work was published in June 2021 in the journal Preventive Medicine.

Other researchers at Duke wonder if stress directly affects how the immune system fights cancer and the efficacy of treatments, especially newer treatments like immunotherapies.

Terry Hyslop, PhD, professor of biostatistics and informatics, has long studied health disparities in breast cancer. In October 2021, she received a Susan G. Komen and Gilead Sciences, Inc., Metastatic Breast Cancer Collaborative Research Grant to evaluate how stress contributes to higher rates of metastasis and worse breast cancer outcomes in Black women compared to white women. In particular, the team is studying how stress affects immune system signaling. One of the goals, Dr. Hyslop said, is to identify characteristics of subpopulations that could benefit from lifestyle interventions or clinical trials of specific treatments.

Rebecca Previs, MD, MS, assistant professor of obstetrics and gynecology, collaborates with Guillermo Armiaz- Pena, PhD, at Ponce Health Sciences University to test how stress hormones such as cortisol and epinephrine affect response to immunotherapies. Their studies use samples from women with ovarian cancer and from mice with similar tumors. “We’re measuring those physiological stress hormones that you need to survive but that can be elevated due to acute and chronic stress,” Dr. Previs said. Early results suggest that higher levels of stress hormones are linked to inflammation and reduced immune cell function.

Drs. Previs and Akinyemiju have published studies documenting that gynecologic cancer patients who are Black or Hispanic are less likely to receive care that adheres to national guidelines, such as palliative care, which helps improve quality of life and relieve symptoms. They are working together to study physiological stress mechanisms in combination with social determinants of health. “Dr. Akinyemiju has helped me think about the multi-dimensionality of these issues,” Dr. Previs said. “It’s complex, unique to each patient and certainly not a one-size-fits-all approach.”

Dr. Akinyemiju’s team analyzes those breakdowns so they can be fixed. They’re doing this work now in a large study of patients with ovarian cancer, funded by the National Institutes of Health. Called the Ovarian Cancer Epidemiology, Healthcare Access and Disparities (ORCHiD) study, this effort will measure health care access and how it affects treatment, quality of life and survival. Researchers will recruit more than 1,600 Black, white and Hispanic patients from cancer registries in nine states, gathering information from them via surveys as well as collecting biological samples like saliva, to be used for future analysis.

“Advancing cancer health equity is one of the top global health challenges of our generation,” Dr. Akinyemiju said. “Meeting that challenge requires that we address the fundamental causes of cancer disparities and promote equitable access to cancer prevention and treatment. This must be a top priority for the next 30, 40 years.”