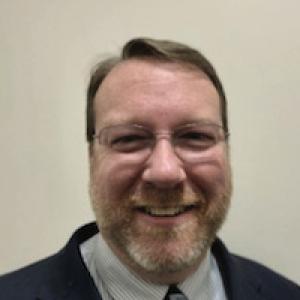 Anthony E. Swartz, B.S., RT(R), RDMS joined the Department as Director of Teleheath Development in 2018. Tony is a world class Obstetric and Gynecologic sonographer who most recently was the health education leader for GE in the United States and Canada. His primary mission is to expand the Department’s MFM telehealth program, and to provide needs assessment and initiate development of ultrasound telehealth initiatives for gynecology and gynecology sub-specialties.

Tony works with all PDC sonographers within the Department to enhance their capabilities, the goal of which is to provide optimum images for both Obstetric and Gynecologic interpretation, ensuring that ultrasound protocols are consistent Departmentwide.

In addition to his vast expertise as Women’s Health Education Leader at GE Healthcare, Tony has worked in many aspects of this specialized area. He has served as Principal Investigator and Co-investigator in ultrasound research. He previously held the positions of Practice Supervisor of Maternal-Fetal Medicine for WakeMed Physician Practices from 2007-2015. Prior to this, he was the coordinator for Ob/Gyn Resident and Maternal-Fetal Medicine ultrasound rotations, and lead sonographer, at the University of North Carolina.

His dedication to this field also includes having served as a radiologic technologist, sonographer and radiographer at the Naval Hospital in Beaufort, SC. Tony is a highly decorated veteran of the United States Navy, and proven effective leader, manager and  problem solver dedicated to staff development and retention.