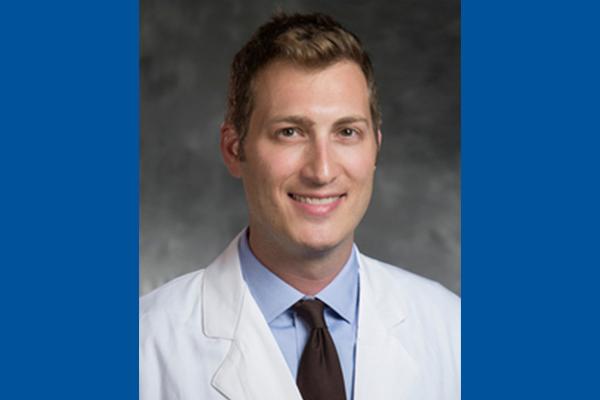 Jonas Swartz, MD, MPH is an OB/GYN and an Assistant Professor of Obstetrics and Gynecology. He completed his undergrad at Duke University and then his MPH and MD at the University of North Carolina at Chapel Hill. He completed his residency in Obstetrics and Gynecology at the Oregon Health and Science University, followed with a fellowship in Complex Family Planning back at UNC. I had a conversation with Dr. Swartz to understand more about how he became involved in health policy and reproductive health access.

“Well, I grew up in North Carolina and did Medical School here, and one of the striking things when I was a medical student was the discrepancy in care during pregnancy for people who were citizens versus non-citizens. And, in particular, thinking about low-income people who use Medicaid.”

Swartz described his early medical training and becoming acquainted with the Federal Emergency Medicaid program, which only pays for labor and delivery services for authorized immigrants. He noted that NC had a slightly more generous program than other states, as expectant mothers have presumed Medicaid eligibility and are enrolled in the program when they present for pregnancy care with the assumption that they will meet both citizenship and income criteria for Medicaid – giving them about two months of care eligibility. “Pregnancy is 10 months, and so you would try to get all the parts of their prenatal care that you needed to get done that were expensive done in that two-month period. They might have visits that were beyond that, but they would have to pay out-of-pocket or use sliding scale clinics. Sometimes, someone’s baby wouldn’t be growing well or seem not to be, so we would generally recommend that they have a growth ultrasound later in the pregnancy. But then, [if they have Emergency Medicaid and don’t have coverage] we would decide, `Is that really necessary? Can they really afford to pay out of pocket for that?’”

He held on to his questions and got a chance to dive deep on this topic in Oregon, where he did his residency. “Oregon had a different system during the time I was a resident. They use a program called the Children’s Health Insurance Program (CHIP) Unborn Child clause. I don’t like the name, however, the idea of it is that states can choose to use this CHIP funding or Medicaid funding to cover prenatal care with the notion that the baby born to this woman who was an unauthorized immigrant will be a US citizen. And so, states extend coverage for preventive care [for these women during pregnancy].”

While at Oregon, Swartz was fortunately able to work with a great mentor who was studying emergency Medicaid programs. Together, they worked with political scientists from Stanford and performed a rigorous study examining the effects of offering prenatal care to these women during pregnancy. They found that access to these Medicaid programs improved utilization of care. “It didn’t change their pregnancy outcomes, so we didn’t find that there was a reduction in severe maternal morbidity and mortality during pregnancy, for example, but we did find that we detected many more important comorbidities or conditions during pregnancy, like hypertensive diseases of pregnancy, which are very common.”

What was surprising was that “there were improved outcomes for the kids born to those who had access to this critical care, so there was a significant reduction in death in the first year of life and a reduction in extremely low birth weight. There was also increased attendance of well-child visits and increased receipt of recommended screenings and vaccines. Now, both of those results are surprising because theoretically all kids should have equal access to medical care after they’re born (regardless of the mom’s citizenship status as those kids are all citizens and presumably eligible for Medicaid.) But, providing that access to prenatal care affected the next generation and the health of the next generation.”

In his other work, Swartz is involved in abortion access. Swartz noted his worry over the future of Roe vs. Wade and access to abortion, expressing that he thinks that we are seeing a major erosion of abortion access nationally. “Many of the surrounding states have even more restrictive abortion laws than North Carolina does or have trigger laws that will immediately ban abortion following the loss of Roe vs Wade.”

He especially voiced concern for spillover from other states like Louisiana, Texas, and now Kentucky where patients are coming from these areas with more restrictions, making it more difficult for North Carolinians who are already having difficulty accessing abortion do so.

Considering what can be done about these issues in the future, Swartz shared his thoughts.

About improving care for immigrant communities: “First of all, I think that we’ve fortunately been in the position that our clinics are not reporting people to immigration. We’re not putting people at risk when they are seen inour clinics and even though there may be myths about that or fears, I think publicizing that we are a safe space and that we want to provide care for people is super important. We should not only provide resources for those communities but should reach out to those communities and make sure that they feel comfortable getting care. We’re fortunate at the Durham County Health Department, for example, to have skilled social work teams that can help provide needed support in addition to medical care.. Additionally, there’s the integration of the WIC (Women, Infants, and Children which provides funding for nutrition) office within the Medicaid office, so that people can get to know the full spectrum services which they’re eligible for during pregnancy.

I wish that telling patient stories about people who weren’t able to access care would be enough to convince policymakers that North Carolina could take advantage of the federal subsidies like CHIP Unborn Child and extended care. Or that the research showing that this is cost effective and has positive health effects for the mother and the offspring would be enough. But I fear that there’s not a good reception of science, just because people here are undocumented or unauthorized immigrants, and there is a preconception about what [policies lawmakers] want to be seen as supporting. The community that I want to live in is a place where we provide care for people who need it, and people are able to access care.”

Regarding access to abortion: “From an advocacy perspective, people haven’t had to vote on abortion rights. While there is obviously a vocal group of anti-abortion activists, they are the minority. I think that it’s important for people supportive of reproductive rights, including abortion, to signal where our views are on this, because polling consistently shows we’re in the majority. By being quiet, it gives the impression to the other side that they have the majority or moral high ground–and it’s just not the case. I don’t think you have to shout your abortion support all the time, but I think that it’s important that in the professional circles or in the personal circles that we run in that people don’t shy from expressing what their true feelings are.

And for students and aspiring researchers interested in pursuing a path like Swartz’s, he shares some advice. “In terms of working in this field, we need more research on disparities and Medicaid access. I think that there is fortunately a lot of work going into this right now, though, there is much work needed to help the maternal mortality crisis in the United States and the many components that contribute to that. The concept of social determinants is certainly not new but thinking about the other things that we do to promote health and make people be able to be healthy and lead productive lives in their community are super important. So, there’s a bunch of avenues if you care about these issues that you could pursue in addition to health – transportation, food access, environmental advocacy, environmental programs.

“The people who I do research with are always looking for enthusiastic students and young people to help us with projects and point out issues that they’ve seen. I would encourage students to reach out to people who you see doing work that you like.”

“I was really fortunate to find a mentor who was interested in some of the same topics that I was, but also was able to shape my interest by guiding me and finding something that we could work on together. My mentor was generous in terms of her teaching and the time that she would spend working with me.”

I think that the things that I did in being a good mentee was that I met deadlines, I was communicative, I showed enthusiasm, and I followed through – and those are the qualities that I’m looking for in mentees. If you say something – say you’re going to do something that I need you to do, do it right. If I give you a responsibility, then that’s basically something that needs to be done to move the work forward. So, I think having a relationship and clear communication is super important.”

Originally published by the Center for Global Reproductive Health, May 2, 2022