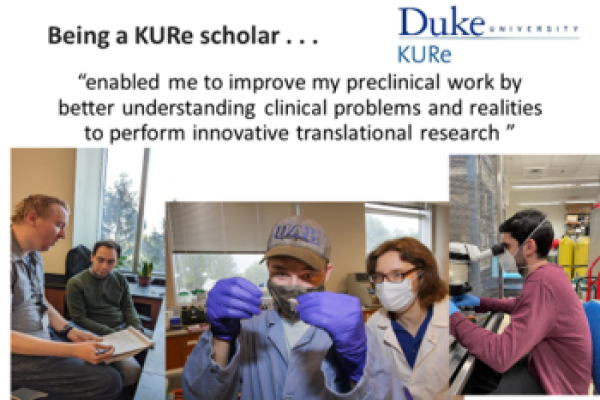 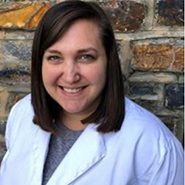 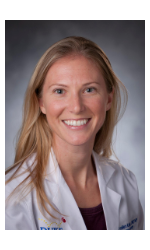 Dr. Kelly’s KURe research focused on lower urinary tract symptoms for patients with diabetes. With the increasing number of children being diagnosed with diabetes, known complications of this disease are now being identified in ever- younger patients. Lower urinary tract symptoms are a known complication of diabetes and Dr. Kelly investigated the prevalence of these symptoms in children with diabetes and evaluated possible treatment and prevention options. Her funding includes NIDDK-CAIRIBU- University of Wisconsin - Composition of the Urinary Microbiome in Children (PI) and Pediatric Trials Network- NICHD Defining the Safety and Efficacy of Posterior Tibial Nerve Stimulation (co-PI). 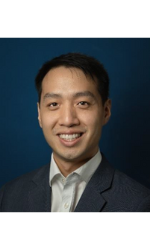 Dr. Ho earned his BS degree in Biomedical Engineering from the University of Texas at Austin. He went on to complete his PhD degree in Biomedical Engineering at Duke University in 2019 where his research focused on the development of optical technologies for clinical detection of cervical dysplasia. After earning his degree, Dr. Ho joined Dr. Pei Zhong’s research group at Duke University as a postdoctoral associate. Dr. Ho’s KURe research focused on investigating the fundamental mechanisms of kidney stone fragmentation during laser lithotripsy treatment. Understanding the laser interactions during treatment can improve treatment strategies by varying laser pulse settings for a given clinical scenario. Dr. Ho continues to collaborate with Dr. Pei Zhong. 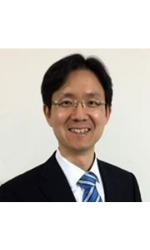 Dr. Choi earned a BS in Life Sciences and a MS in Biochemistry from Korea University. He then completed his PhD in Pathology at Duke University where he investigated how a virulence factor of Salmonella interferes with the function of innate immune cells. As a postdoctoral fellow, Dr. Choi pivoted his focus from gut infection to bladder infection, seeking to understand how host innate immunity protects a host from lower urinary tract infections (UTIs). Dr. Choi's K12 research focused on providing critical information on the underlying basis for why older women are susceptible to chronic UTIs. Dr Choi is funded through the National Research Foundation of Korea and continues to collaborate with Soman Abraham, PhD (KURe mentor) and KURe scholar, Byron Hayes. 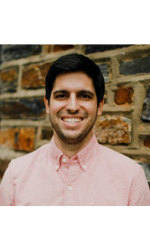 Dr. Gonzalez earned his BS in Neuroscience from Muhlenberg College. He completed his PhD in Neuroscience at the University of Vermont where he investigated the mechanisms underlying the development of lower urinary tract symptoms following urinary bladder inflammation. In 2016, Dr. Gonzalez joined the laboratory of Dr. Warren Grill, PhD at Duke University as a postdoctoral associate. Dr. Gonzalez was awarded a K01 to investigate “Underactive Bladder: Mechanisms and Recovery of Sensation and Function.” 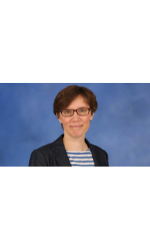 Dr. Sysoeva completed her undergraduate studies at Moscow State University and got her PhD at Pennsylvania State University in 2011 working on structural and biophysical characterization of bacterial protein complexes. She proceeded with postdoctoral training in the Department of Molecular and Cellular Biology at Harvard University. From 2015 to 2018, she worked with Dr. Lingchong You at Duke University Bioengineering Department and analyzed bacterial genetic exchange that is critical to the spread of antibiotic resistance plaguing modern medicine. In 2017-2018, as part of the Duke KURe program, Tanya focused on the problem of antibiotic resistant uropathogens. Currently at the University of Alabama, her lab focuses on horizontal gene transfer (HGT) in complex microbial communities. They analyze which bacteria, when, and by what mechanism exchange genetic material in their native environments. The lab studies mechanism and regulation of HGT in human pathogenic and commensal bacteria with a far-reaching goal of countering antibiotic resistance spread by modulating DNA exchange. Her funding includes a CAIRIBU Collaboration Award with KURe alumna Maryellen Kelly, and an OHSU Foundational grant. She continues to collaborate with KURe alumna, Naz Siddiqui. 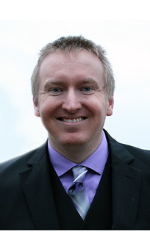 Dr. Hokanson completed his PhD in Bioengineering at the University of Pittsburgh where he studied how to provide artificial somatosensory feedback to amputees via electrical stimulation of the peripheral nervous system. In 2014, Dr. Hokanson joined the laboratory of Dr. Warren Grill, PhD at Duke University as a postdoctoral associate. Under the mentorship of Dr. Cindy Amundsen, MD, Dr. Hokanson has also expanded into human subjects research. One such project included electrical stimulation of the urethra in women with urgency urinary incontinence, sponsored by the Urology Care Foundation (AUA research scholar award). It also includes his K01 grant where the goal is to develop models that can be used to predict how patients will respond to third-line therapies (sacral neuromodulation and Onabotulinum toxin A) for treating urgency incontinence. He is also a co-investigator on an NIDDK UO1: Advancing the Measurement of Classification of Lower Urinary Tract Dysfunction, which involves a physiologic testing protocol to identify subtypes of women with urgency urinary incontinence. Dr. Hokanson’s focus on both therapy design as well as understanding the conditions that lead to lower urinary tract dysfunction continues at the Medical College of Wisconsin. He is a member of the AUGS Advisory Panel to set the AUGS research agenda. 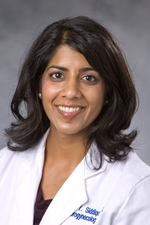 Dr. Siddiqui obtained her MD at the University of Michigan, followed by residency training in Obstetrics & Gynecology at Metro Health/Cleveland Clinic in Cleveland, Ohio. She completed her medical training with a fellowship in Female Pelvic Medicine & Reconstructive Surgery at Duke University, where she simultaneously obtained a Master’s Degree in Clinical Research (MHSc). She joined the Duke faculty in 2010, where she remains in the Division of Urogynecology & Reconstructive Pelvic Surgery.

Dr. Siddiqui’s research focuses on pelvic floor disorders, with a primary interest in phenotyping overactive bladder (OAB). As such, her KURe research involved studying animal models of OAB and insulin resistance. In May 2020, she received the Silverstein Memorial Award for Emerging Investigators in the Surgical and Related Medical Specialties, which recognizes emerging investigators whose research is focused on the role of geriatrics expertise in their specialties, and who are committed to careers in aging research. Her research is supported by an R01 (co-I) on statistical modeling, a U01 (co-I) on lower urinary tract dysfunction, and by AAOGF to study urinary lactobacilli. She serves as Specialty Chief Editor for Female Urology. 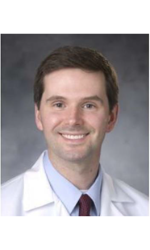 Dr. Routh obtained his MD from University of North Carolina at Chapel Hill School of Medicine. He then completed his urologyresidency at the Mayo Clinic. He finished his training at Boston Children’s Hospital and Harvard Medical School, where he completed simultaneous fellowships in Pediatric Urology and Pediatric Health Services Research while also obtaining a Master's of Public Health degree from the Harvard School of Public Health. Following completion of his training, Dr. Routh joined the Duke Urology faculty in 2011 and became a KURe Scholar in 2013.

Dr. Routh’s KURe research focused primarily on clinical care variation, surgical outcomes, and health state utility estimation for children with vesicoureteral reflux. His current research focuses primarily on health care delivery among children with spina bifida, vesicoureteral reflux, urolithiasis, and genitourinary malignancies. His research has been funded by grants from CDC and NIDDK in addition to institutional, industry, and foundation awards. Dr. Routh mentors scholars in the UrogynCREST Program and is co-PI on a U18 from NICHD studying the safety and efficacy of posterior tibial nerve stimulation in children. He serves as steering committee chair for the UMPIRE trial: “Optimizing Urologic Care of Children with Spina Bifida”.